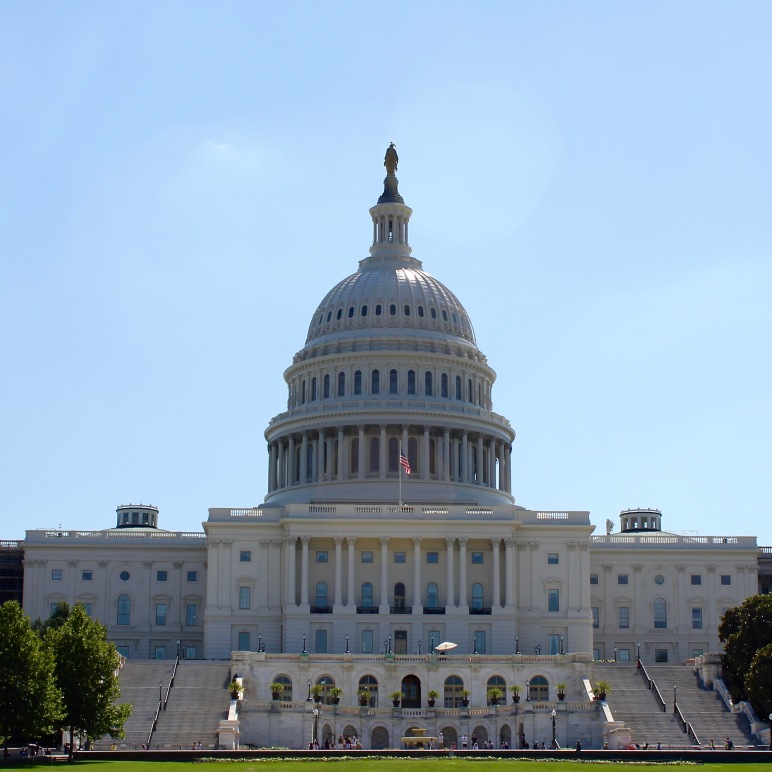 Welcome everyone! As you can tell, this is our very first post here meaning that things might get a little rough and more factual rather than descriptive. Hence being our first post, the format or set-up of listing intakes and adventures may not be perfect yet so bear with us as we discover how we would like to do this.

Most recently, Ed and Isabella went to Washington D.C. for a short visit over the weekend. The trip consisted of sightseeing and work, for Ed was initially going there for business meetings. They set off from Pen Station here in New York on Saturday, had a quick stop in Delaware for a meeting, and then headed of to D.C. Immediately after exiting the train, you could feel the capital’s patriotic routes in the air, for Union Station opened a good 110 years ago. The Station was the merging of the Pennsylvania Railroad and the Baltimore and Ohio Railroad but now is a stop for trains all over the east coast. Once exiting the station, they hailed a cap and headed off to their hotel, the “JW Marriott Washington DC”. Our next post will be one all about places to stay, restaurants to eat at and things to do while visiting so don’t expect a detailed description of the previous when mentioned latter. They rested at the hotel until heading out to dinner at a lovely Italian place where they make their own fresh pasta!

The evening air was warm but the humidity was low, so a walk around The National Mall seemed like the perfect idea. No, The Mall is not what most of you think of as a building with an abundance of stores inside. The Mall is a park located in downtown D.C. often referred to as the entire area between the Lincoln Memorial and The Captial, with the Washington Monument located in the Middle. We started off at the Lincoln Memorial. The sun was setting so the sun cast a beautiful wave of colours across the sky. Pink, orange and purple, all right behind the memorial. As we continued down the mall the evening grew darker and the once reflecting colours on the pond were now gone leaving only the blue, murky water. Although the night was quiet, there were still groups of tourists, boy scouts and locales walking around. We headed onwards to the WWII memorial and finished at the Washington monument leaving The Capital for the following morning. Before we headed back to our hotel for the night we turned and gazed back at the Memorial now behind us and turned towards The Capital which stood in the distance in front of us. There we stood in the center of The Mall and also in the Center of the east coast of the US. 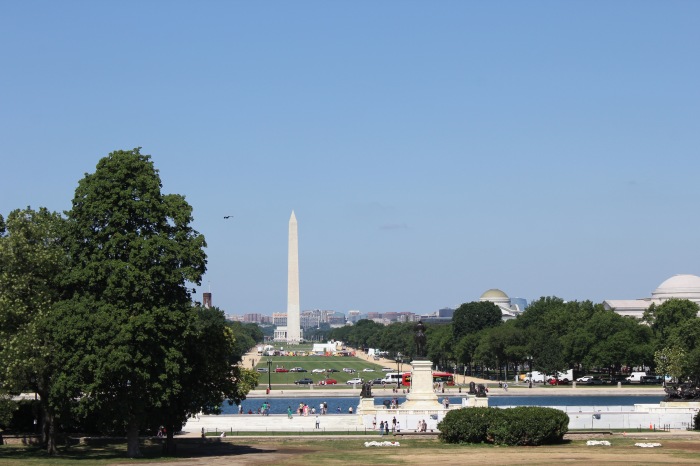 New day, next morning. After a restful sleep at our hotel, we headed downstairs for our breakfast which would give us the energy we would need for our adventures that day and a busy one it would be. Our mode of transportation for the morning would be The Big Bus. A tour bus that traveled around the city dropping you off at certain locations where you could get out and look around. The first stop for us was The Capital. This once looking small but now massive structure stood before us. The hollow dome made of steel shined gloriously as the light reflected on it. Lady Freedom, the bronze stature on top of the structure weighing approximately 15,000 pounds stands facing east towards the rising sun. She stands this way so the sun will never set on her, the same way the sun will never set on Freedom. 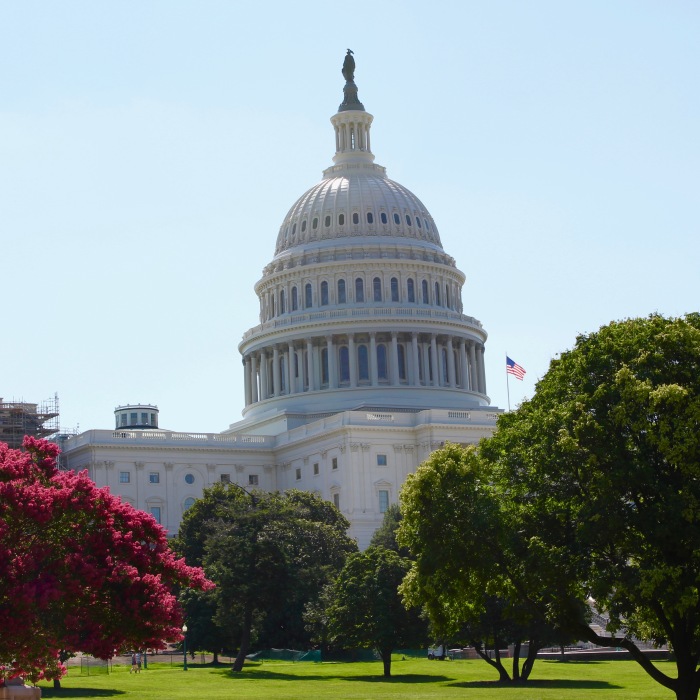 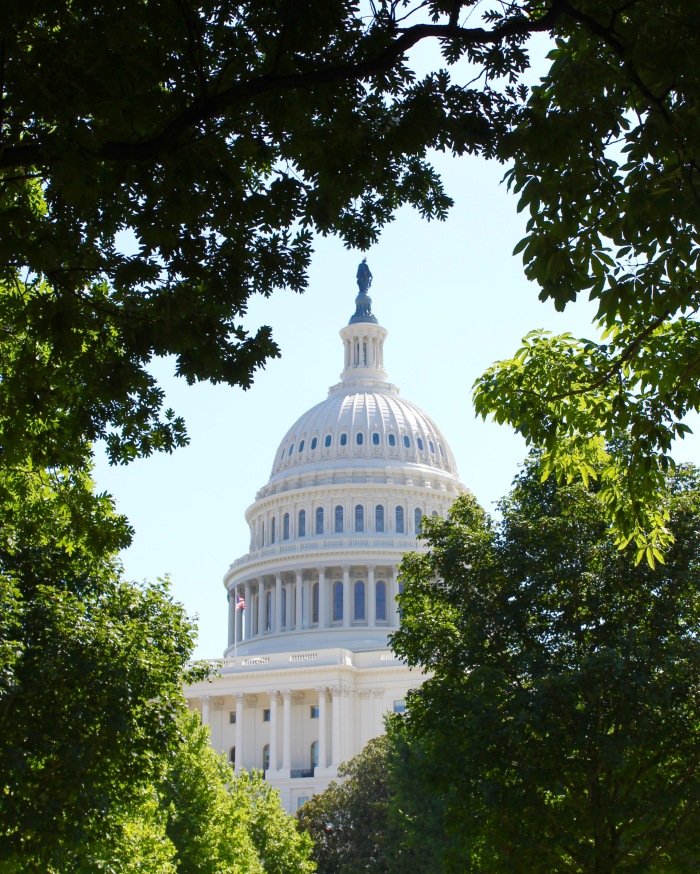 We then hopped back on the bus and made our way the few blocks to The Air and Space Museum. There we saw the evolution of air crafts and space missions and learned of those who dared to fly to the moon. Now, the time being close to one o’clock, we decided to find a place to have lunch. We headed back in the direction towards our hotel and settled to dine at the hotel across the street from ours for a change. Since it was now late for most to be having lunch, our food arrived quickly and we were able to leave by two thirty.

Our next destination was The White House. Although there is not much one can do there besides stand outside (well, almost outside) the gates, we took a few pictured and looked at the House wondering what those who were inside it were doing now. Then it was off to Georgetown. What Isabella likes to call the SoHo of Washington. Georgetown consists of several long streets lined with shops. The stores range from small antique ones to mainstream companies. The buildings are not much higher then two or three stories giving the town an older and quainter vibe. Nearby the center street lay the canal, which was drained when we were there, supposedly to be refilled within a few years. While in Georgetown, we stopped off at The Old Stone House which is the oldest unchanged building in Washington. Built in 1765, the house is also Washington’s last Pre-Revolutionary Colonial building on its original foundation. We took a tour of it on our own getting a glimpse of what daily life might’ve been like two and a half hundred years ago. 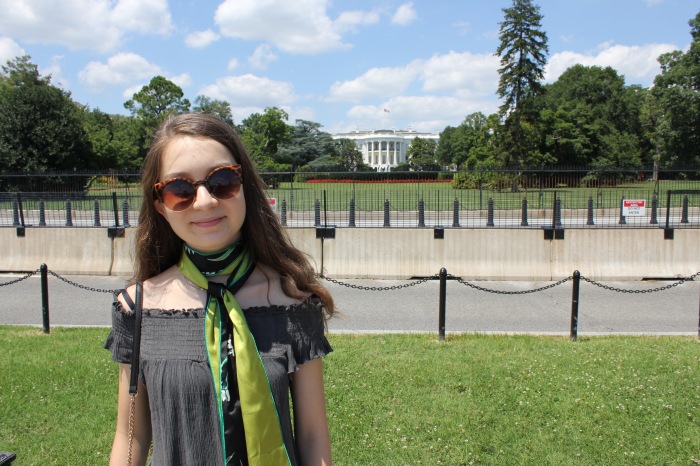 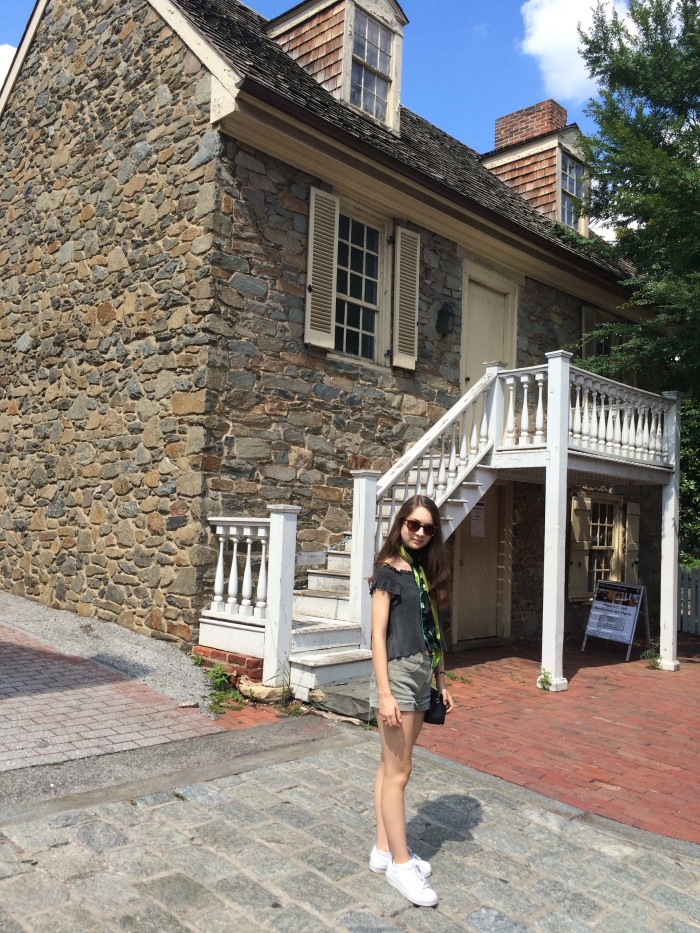 Next up on the agenda was the National Cathedral. Ed had a meeting there the next morning and wanted to see what the choir sounded like so he would have a better knowledge upon what he would be discussing. Therefore, we made our way over there for a four o’clock mass. On our way we passed several side streets which very much resembled those found in old English towns. The streets were quiet and very few people were out. The cathedral itself looked exceedingly similar to Westminster Abbey. We didn’t stay for very long, but remained long enough to get a feel of the place and for Ed to hear what the choir sounded like. 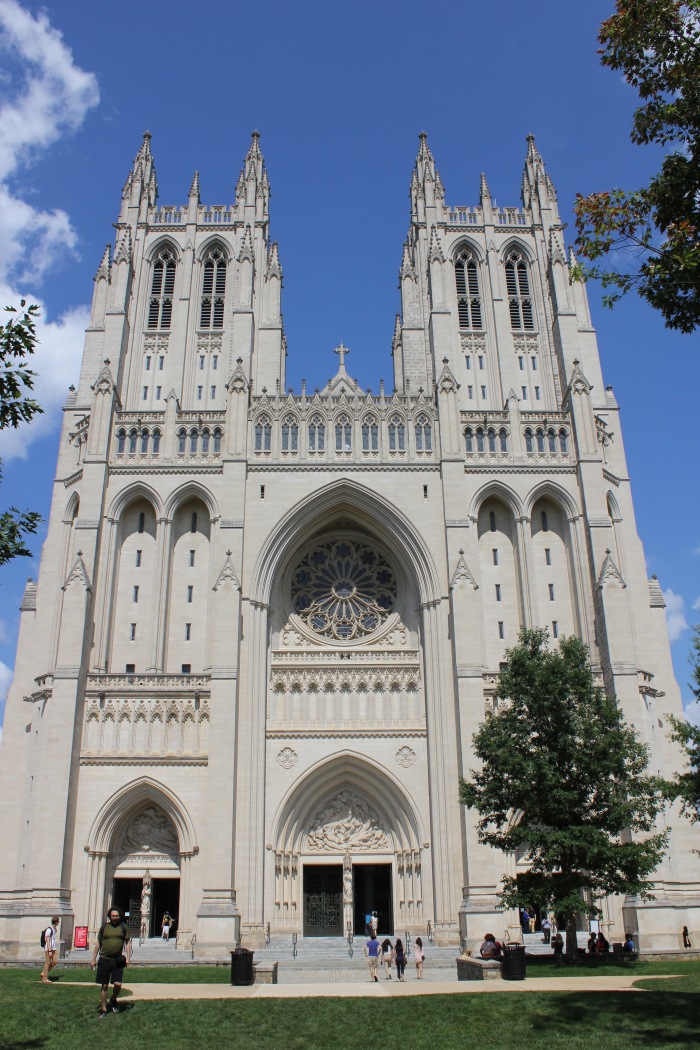 The Cathedral being our last major destination for the day meant that it was now time to head back to the hotel. The hotel was cool from the air conditioning being on all day, and provided a wonderful space for the relaxation that our tired bodies needed. The time now being almost seven o’clock, we slowly made our way over to where we would having dinner. Tonights menu was seafood – and very good indeed. Our bodies were hungry and took in every flavor that was on our dishes.

Being our last night in D.C, we decided that it was best to take in a little more of the neighborhood that we were staying in. This meant a casual stroll around where our hotel was and a stop at the Ford’s Theater. This my friends was the theater where the 16th president of the United States, Abraham Lincoln, was shot. The night of his injuring, he was brought directly across the street to a couples home where he was looked after until it was clear that he would not make it much longer. That night, hundreds of people filed into the house, one by one to pay their respects to their president. And there Ed and Isabella stood nearly two hundred years later in the same spot where this occurred. 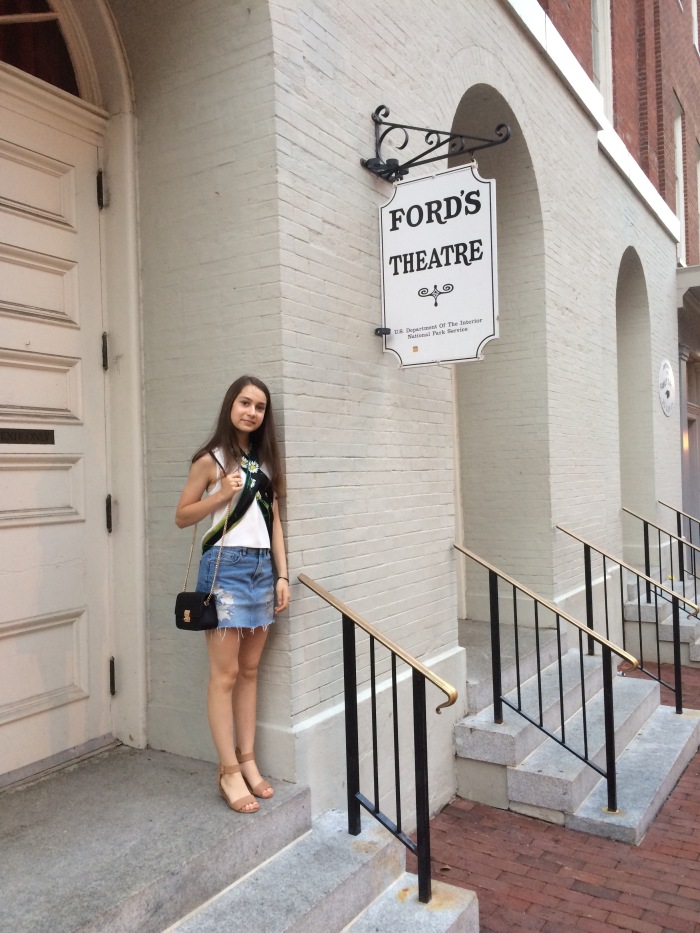 Our trip concluded of this, for the next morning Ed rushed off to his meeting and Isabella remained at the hotel where she casually had breakfast, took a spin in the hot tub and watched some TV while packing for home. When Ed returned, the had a quick lunch downstairs and headed off towards the train station where they would journey home to await another soon-coming adventure.

Well my friends, we hope that this recollection of our time in Washington D.C. was interesting to read and please stay tuned for our next post which will be an in-depth analysis on all our recommendations for your own trip to D.C.

And so …. the adventure begins!

View Images from our travels